Earthmoving and excavation service companies will often make use of their own fleet of specialist vehicles in order to carry out their work. From the big mining contractors which excavate huge amounts of earth every day to much smaller building contractors which only dig a few foundation trenches, there are plenty of different excavation machines around to use. What are the most common ones that are found in Australia today?

Skid steer loaders are used by lots of different excavation firms because they are highly versatile. You can even find them being used in warehouses and farms, too, as such is their adaptability. Skid steers have four large tyres with an enclosed cab on top for the operator. With the ability to turn on a very tight circle, skid steers are very useful on smaller sites. They have a wide bucket at the front which can scoop up earth and a pair of hydraulic arms which can lift their load upwards to dump it elsewhere.

Highly versatile, backhoe loaders are probably one of the most commonly used pieces of excavation equipment in the world. This is because they have a very robust design that is based on a modern tractor. Unlike tractors, however, they have a wide bucket at the front which means they can operate much like a skid steer. On the back of a backhoe loader, you will also find an articulated arm with a smaller bucket which means they can undertake all sorts of excavation work. Various attachments can be connected to a backhoe loader's arm, such as a pecker which will break up hard rubble and even concrete.

A mainstay of the excavation industry, bulldozers are one of the toughest pieces of equipment you can find in the country. Although they do not dig down very far, they are built with a set of tracks which makes them extremely powerful and, therefore, able to shift large amounts of earth either forwards or to the side. Rather than relying on a bucket which lifts earth out of the way, a bulldozer relies on a blade which is sometimes fitted with hydraulic rams.

Mini diggers are widely used by building contractors to form trenches and to level out sections of sloping ground. Although they are not as powerful as other types of excavator, mini diggers tend to be used for smaller projects, such as preparing the ground for a domestic extension, for instance. Most mini diggers on the market have an open cab, a single articulated arm at the front and a small bucket. That said, they can shift a remarkable amount of earth in a single day.

Reach out to an excavation service to learn more. 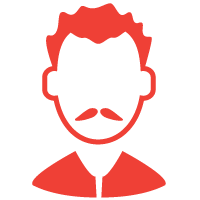 Hello, my name is Craig and I own a large commercial business which is located in Brisbane, Australia. When I purchased my current premises, my company was quite small. However, as my sales improved and I began to buy more stock, I suddenly found that I didn't have room to store it or display it in my small shop. I started to look for new premises but the cost of moving would be very high. Thankfully, my friend suggested I build an extension. I contacted a team of contractors. They constructed a great extension and my business is now doing really well.